That’s what makes Bitcoin faucets so appealing to me. They’re a fun hobby with upside potential.

Here’s a lifetime chart of Bitcoin’s market value. Note the large number of big and little spikes and corrections in the graph. 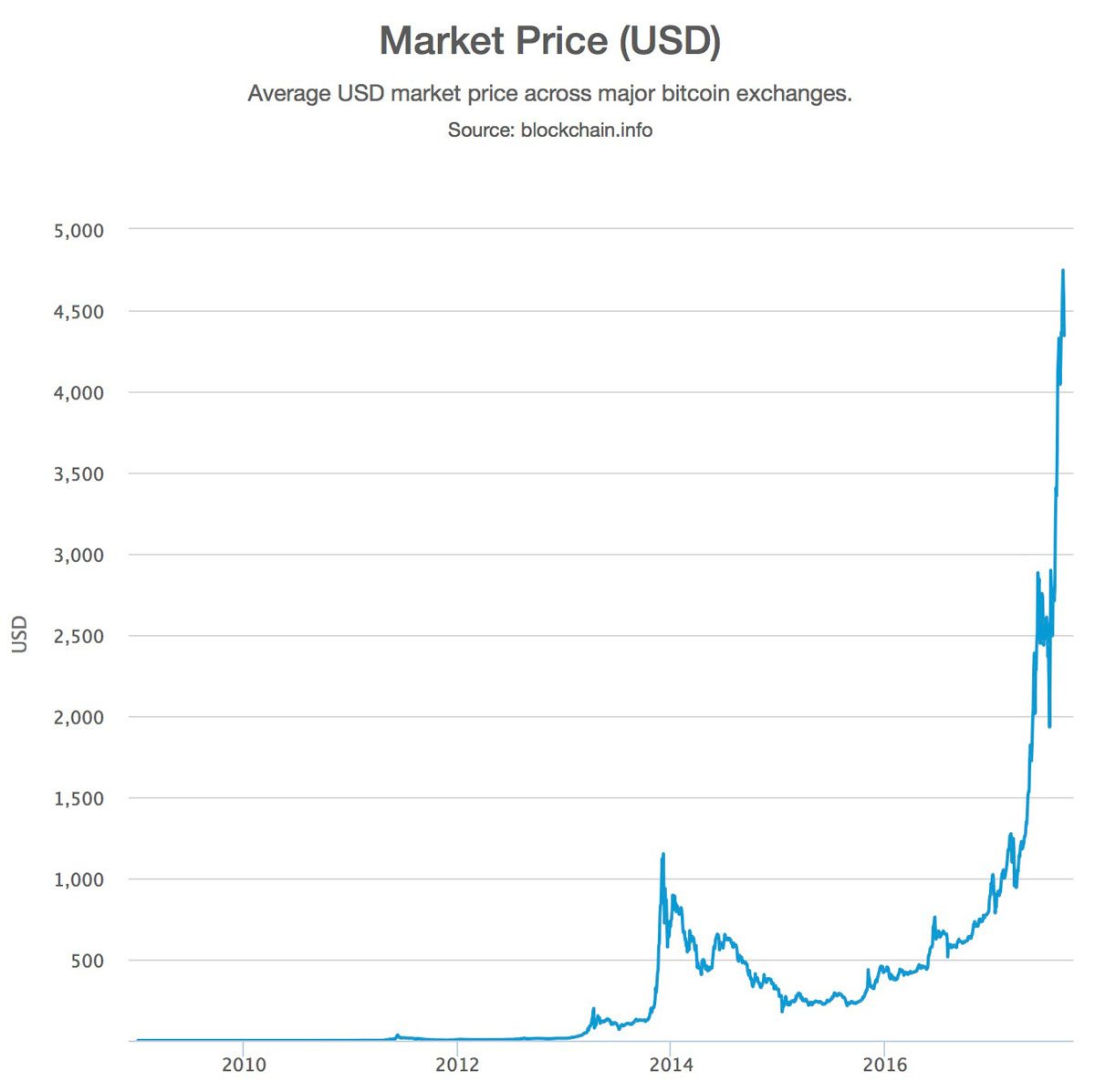 Coinbase is also a popular cloud wallet (and exchange), and it supports Bitcoin, Ethereum, and Litecoin. Bitcoin Cash support is coming in January.

The best Bitcoin faucets tie their payouts Bitcoin’s price. They’re using exchange APIs to buy satoshis on the fly so that their costs are constant in dollars. This is why you’ll see payouts on some faucets rise and fall throughout the day. FreeBitco.in exemplifies this model.

Some faucets—like those that use microwallets such as FaucetHub.io—pay out from wallets pre-filled by their operators. Most of these display the faucet balance right on the page.

Here’s a pro tip for Bitcoin faucet enthusiasts: when the price of Bitcoin falls, that’s when you redouble your efforts. Look at that chart above. Bitcoin has heretofore spiked, fallen, settled out, and risen, time and time again. There’s no guarantee that will continue, but I’m an optimist.

I understand how that happens, but faucets pay fewer satoshis when Bitcoin goes up. If you want to accumulate more Bitcoin, redouble your efforts when Bitcoin falls, and stay with it when it rises.

Some faucets pay out automatically and some require users to trigger a payout. Understand how your faucets work and make sure you withdraw those satoshis! The worst thing you can do with a faucet is earn Bitcoins and leave them sitting there forever.

There are untold numbers of faucets. Many are scams, poorly maintained, or abandoned. This is the point behind my guide to faucets that actually pay. I do the work of finding legit faucets.

But, there’s a finite number of faucets any one person has time for. Pick and choose your battles by focusing on faucets that pay well and are fun. If you don’t like a faucet, move on to another.

CAPTCHA systems (try to) stop bots from using Bitcoin faucets. Some use text humans can discern, but computers find difficult. One of those systems is ReCAPTCHA, which is operated by Google.

Tip for ReCAPCTHA: Log in to Google on the browser you are doing your faucets in. That plays an unspecified role in Google’s algorithms for determining whether you’re human. When I’m logged in to Google, oftentimes I don’t have to click through a ReCAPTCHA at all.

Tip: If your faucet offers a choice in CAPTCHA systems, proactively choose the one you find easiest.

Tip: Reload a CAPTCHA if it’s too hard or annoying. I skip every Google ReCAPTCHA that requires you to click squares until no matching criteria are left. Those take too long and are an excellent example of engineers designing for a problem instead of the user.

Solve Media is the next most popular CAPTCHA with a mix of advertising videos and text. The videos take too long, and I reload them until I get text. Rarely, Solve Media comes under bot attack, and their CAPTCHAs can become illegible. There’s nothing to do but reload until you get one you can read.

There are many other CAPTCHA systems, too, and some faucets even use more than one. Don’t lets difficult or annoying CAPTCHAs get the best of you. Abandon faucets that make it too hard for you to use them!

Here’s a cheat sheet of my favorite faucets I use when I’m short on time.

FreeBitco.in: This is the king of faucets. They offer reward points, free lottery tickets, and they pay interest on your balance (above 30,000 satoshis). They also offer gambling games I haven’t tested. 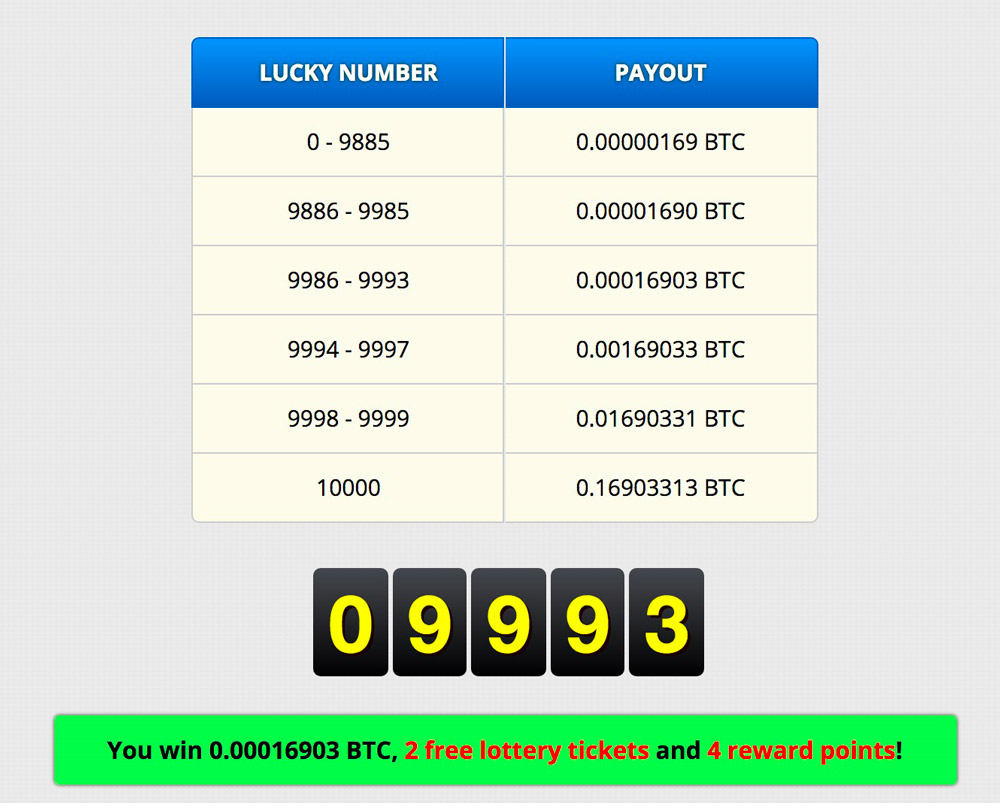 FreeDoge.co.in: It’s the sister site to FreeBitco.in and works the same way. They don’t have the rewards, lottery, or interest.

MoonBitco.in: This faucet (and its sister sites MoonDoge.co.in and MoonLiteco.in) is unique in that it adds 1 satoshi to its payout every few seconds. The longer you wait between collections, the bigger the payout. There’s also a loyalty bonus for daily visits, and a mystery bonus, both of which can significantly increase your payouts. This is consistently one of the highest paying faucets out there.

BitGames.io: This faucet pays very well. BitGames.io has also become my favorite task site. Watch videos, visit sites, fill out surveys, download apps, etc., all in exchange for satoshis. Make sure to confirm your email when you register or you can’t withdraw.

BonusBitcoin: This is the highest-paying 15 minute faucet around. It’s fast with occasional popup/redirects.

I can run through all of those faucets in less than a minute, and do so throughout the day. When I have more time, I use the other faucets in my guide.

Bitcoin and Its Possible Impact on Insurance

Many technological strides have been made over the last couple of decades. Advancement in technology is becoming faster and faster as each year passes by and many technologies to improve work efficiency, communication, and even financial services are being discovered and used every day. Technology has made the world smaller in a good way; we are now able to talk to family and friends from across the globe without having to spend too much money or wait too long for a reply. International financial transactions have also become more straightforward and hassle-free.

One of the significant technological strides in the financial sector is the invention of bitcoin. Bitcoin is a new type of currency which can be used in financial transactions without the need for a middleman (usually banks). Bitcoin was invented back in 2009 and has been gaining popularity since then, reaching an all-time high worth $ 17,900 on December 15, 2017.

Here are some of the benefits of using bitcoins:

1. Anonymity. – Bitcoins can be used to buy merchandise anonymously. In this time and age where privacy has become a critical factor to be considered when you’re connected to the Internet, being able to transact anonymously presents a very inviting option for many people.

2. Easy international transactions. – Because bitcoin is not tied to any country or is subjected to regulations, global payments and other financial transactions are easier, and a lot more affordable than traditional international banking systems where fees still need to be paid and transactions may take time to be completed.

3. Cost. – Small businesses may prefer bitcoins since there is no credit card fee that they would have to pay the bank. Online stores from across the world could also gain more profit by using bitcoin instead of other online payment methods like Paypal where there are charges for currency conversion and additional fees.

4. Investment. – People may also get enticed by the history of bitcoin price. Because of the recent rise in bitcoin prices, a lot of people have begun thinking about investing in bitcoin as a form of long-term investment.

Bitcoins are stored in a digital wallet which could either be on a cloud or your computer. Digital wallets serve as your bank account which allows you to send or receive bitcoins, pay for bitcoin transactions, and save or store your bitcoins for future use.

No one can predict how bitcoin can affect world finance and economy in the long run, but judging by its practicality and its current popularity, it may be here to stay for a while. Bitcoin may even revolutionize the way that the insurance industry works. Without the need for banks to act as middlemen, insurance claims would be paid out more efficiently and promptly. There may also come a time when you wouldn’t need to pay for a monthly premium; with the help of GPS technology in conjunction with bitcoin technology, your vehicle’s movement can be tracked, and you would just have to pay for the times when your vehicle is in use. These are just assumptions but very well may be the future with bitcoins.

Having trouble with your auto insurance claim? Contact Hogan Injury.

None of the content on Hoganinjury.com is legal advice nor is it a replacement for advice from a certified lawyer. Please consult a legal professional for further information.

6 positive effects of hugging on your health

Famous dads who adore their children

What does Elon Musk do in his free time?

Where Does My Credit Score Need To Be To Refinance?